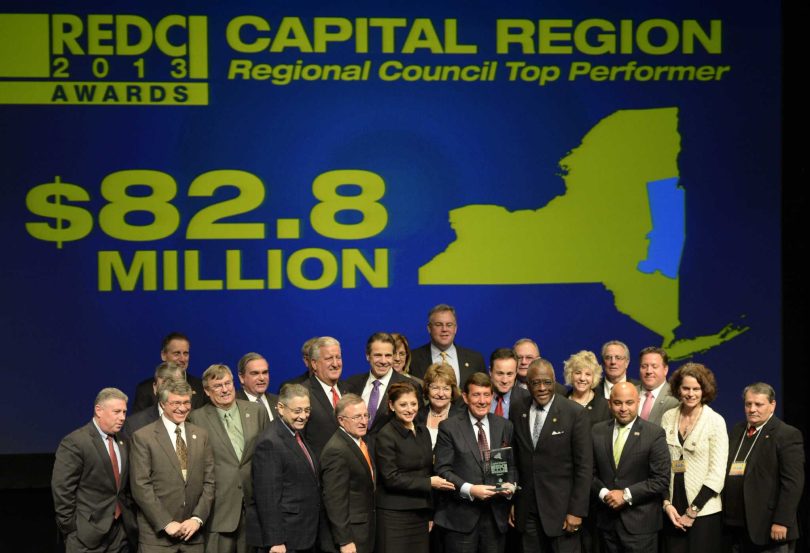 ALBANY — Empire State Development announced last week that nearly $15 million has been allocated to a trove of projects that it says contribute to the state’s tourism and hospitality sector.

The funding has been awarded to 69 projects across New York through the Regional Economic Development Councils and is part of the Market New York program, which directs funding to tourism facility capital improvements and marketing projects that promote regional travel destinations, attractions and special events.

In the Capital Region, the Lake George Music Festival received a $40,000 working capital grant to promote a new initiative called the “Plus Pass,” which is valid at the festival’s summer performances and events as well as other cultural and scenic tourist attractions nearby.

Other awardees include Hudson Valley’s Dia Art Foundation in Beacon, which will use $400,000 to renovate the facility, address climate control and energy efficiency issues and improve accessibility.

Gov. Kathy Hochul announced the first lot of funding for the Regional Council’s 12th round last week, which was granted to 74 statewide projects, including a $1.6 million grant awarded to the Kite’s Nest ReGeneration Capital Project that will transform a two-acre, formerly industrial riverfront property in Hudson, into a campus for education, youth employment, environmental justice and the arts.

“Beyond serving as New York’s destination marketing organization, Empire State Development and the Division of Tourism support the state’s vital tourism industry through initiatives like tourism job fairs, educational programming, and funding opportunities like Market New York. The projects awarded Market New York grants will help give travelers even more reasons to come be a part of all there is to love in New York state all year long,” Empire State Development Vice President and Executive Director of Tourism Ross D. Levi said.

A full list of Regional Council awardees can be found on the council’s website and will be updated as more agencies and programs are selected for funding.