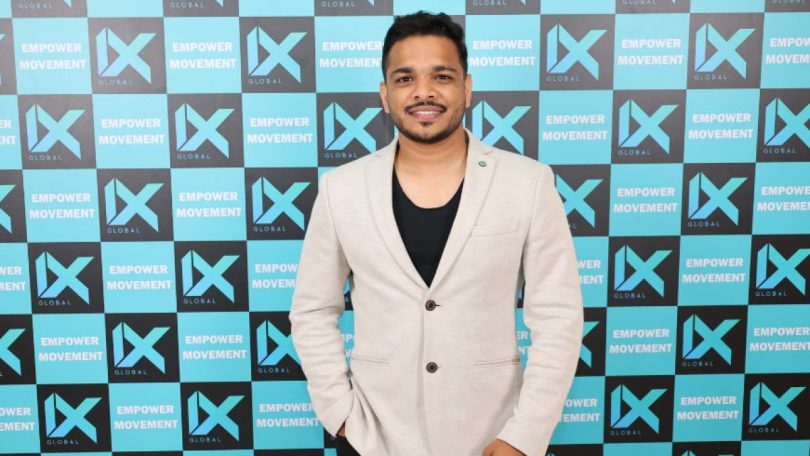 What started as an effort towards self-development and upgrading my own skills has become an international movement that is impacting the lives of people all over the globe. Savio Pereira’s EMPOWER movement is on a mission to equip youth with skill sets that can help them be self-dependent and can help in adding that additional income to the household.

When you come from a lower middle-class family, even dreaming high is forbidden. Such is the story of Savio, whose father was the only sole earning parent. The first priority for his parents’ was to get his education completed, for which he saw them compromising a lot, even for the bare necessities. Even though it was never put forward to him as a child, he observed and understood all the sacrifices his family was making to give him a better future. This made him uncomfortable, yet he understood that they were doing this for a purpose.

After being in his corporate career, working with MNCs for 3-4 years was when he realized how important it is to constantly keep developing one’s skillsets and keep getting educated about the new developments in the market. The biggest catalyst for this thought process was when the pandemic hit and the majority of his family and friends, including him, faced pay cuts and pink slips. That’s when he got introduced to this fintech platform that provides financial education, which learners can implement to earn through financial markets.

Once he started learning and implementing this education, he realized the benefits of this financial skill set not just for himself but for many other people around him who were hit by adversity at that time and had no other way to earn any income. That’s when the EMPOWER MOVEMENT got initiated.

Savio’s EMPOWER movement has been active now for over a year and has helped people all over the country in getting financial education and learning about new financial products and changed the lives of many for good. He has been recently awarded as the “Youngest Business Coach of the year “under the Top 50 leaders of India by Leadership Awards 2022.

The phenomenon that started in a city in India has gone global now. EMPOWER movement has groomed multiple leaders in different cities across the globe under the leadership of Savio, who helps the youth in their respective countries and cities to understand the benefits of being financially educated and to help them excel in this space step by step. EMPOWER movement is a strong community of people across the world who are helping each other grow through various digital and physical events which happen with fixed agendas. The events are planned with mindset and leadership training sessions for the overall development of the community members.

Dubai witnessed the most recent event curated by EMPOWER movement last month, and the response from this new country has been overwhelming. This confirms one thing for sure one could be from any part of the world, but learning and developing new skills which can help them better their life is something that’s relevant in every geography.

Savio’s vision with EMPOWER movement is to empower individuals from around the world with skill sets that can help them become a better version of themselves. This movement has already equipped thousands of people, and Savio is not stopping anytime before he fulfils his dream of empowering a billion lives around him.