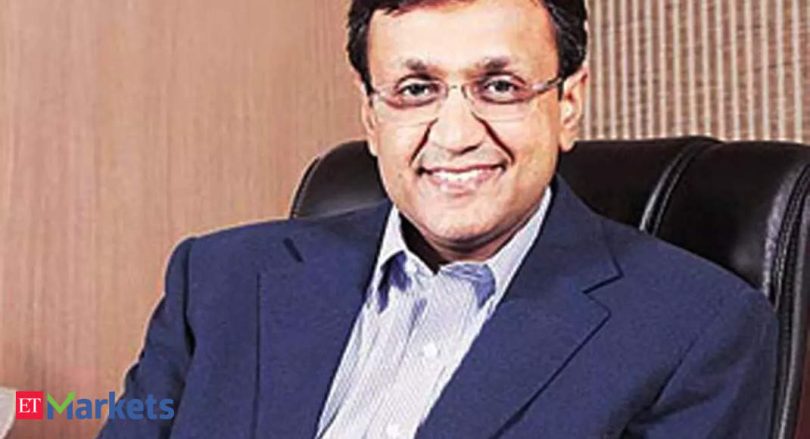 “A sudden contraction in raw material prices also leads to some short term pain but it is very good for the long term prospects for the business because that actually means sustainable expansion in margins,” says Anil Rai Gupta, MD, Havells India.

Channel checks have been suggesting that demand was clearly weak in the June quarter for some of the players. Is that the case now as well?
The 62% growth is on a disrupted base. Last year, we had the second wave of Covid during Q1 but I would still say that the growth has been solid and since last one year or so, since the second wave, the demand has been solid both in the consumer sector and in the industrial and infrastructure.

However, this entire period saw a lot of fluctuation in raw material mostly on the rise and I would say over the last year or so, some of the commodities have gone up by almost 30% and to some extent, we saw some delay in purchases during the second half of the last quarter.

The growth could have been even better on this disruptive base. We are seeing some slowdown but a little bit of delay in purchases by both the consumer and industrial and infrastructure sectors due to the high inflation. We are seeing some respite in the raw materials prices, especially in June, which augurs well for demand to come back very soon. Hopefully, in the next one month or two, things should come back to normal.

This is the third consecutive quarter of an EBIT loss for . What is the main reason for this and when do you see things turning around?
As far as Lloyd is concerned, we all know that the entire industry was looking forward to this season because of the two disrupted seasons in the last two years and Lloyd in particular had seen a big change since the pre Covid times because we had invested in plant and machinery and in-house products rather than depending on imports. We have invested a lot in brand building and we continue to do so.

We want to come back and gain market share during this period and given that certain raw material prices went up almost 25-30% in the last one year or so, that also meant that the industry as well as Lloyd was not able to pass on the entire cost to the consumers as that would have disrupted the demand scenario in the coming season which was again expected to be a big season after two years.
I believe that with raw materials prices coming back to normal hopefully in the coming months, the margins should go up and lead to profitability in Lloyd. We are looking at Lloyd as a long-term investment. Even in this quarter, most of the EBIT loss is contributed by the fact that we had a high amount of advertising and our focus will continue to remain on distribution and brand building.

When we go through the fine print, we see a sharp contraction in the cable and wiring margins whereas industry players have reported a margin expansion, what went wrong?
The cables and wires generally is a very stable business in terms of margins but it is marred by sometimes very high fluctuations. In the second half of the quarter there was a massive reduction in the raw materials like copper and aluminium which led to some sort of inventory adjustment in terms of costing and hence led to contraction in margins.

We believe because of the inventories in the system, this will continue for the next one or two months and hopefully should come back to normal margin levels very soon.

We started to see particularly from end-June that the prices of aluminium and copper are declining sharply. How will that impact your margins? Also when will you pass on the benefit to the consumers as well?
Business to business it differs but I would say that a sudden contraction in raw material prices also leads to some short term pain but it is very good for the long term prospects for the business because that actually means sustainable expansion in margins. So yes, in each business whether it is consumer durables, Lloyd, cables and wires and switchgear, we definitely hope to regain our past margins in the next one or two quarters.

Polycab has highlighted strong demand in tier-2 and tier-3 cities. What is the demand like for you in smaller towns?
I would say that in the last one year, the small towns continued to do well but the difference in the last one year was that even in the larger cities, the industrial infrastructure demand was rising, which we had not seen over the last few years. The construction cycle was not very good, the capex cycle was not great and so in the last one year, things have been quite well distributed in terms of demand. I hope this continues and there was a little bit of slowdown because of the high inflation. I hope this continues in the coming time as the raw material price rises abate.