VASCO: Mormugao Port Authority (MPA) Chairman Venkata Ramana Akkaraju on Friday said that the port has plans to privatise berths 9, 10 and 11 so as to focus more on green cargo and improve the financial health of the port.

Akkaraju said that Goa was a mono cargo port where iron ore would be handled but because of various State and Central government policies, there were restrictions, and the port had to depend on other cargo for survival. 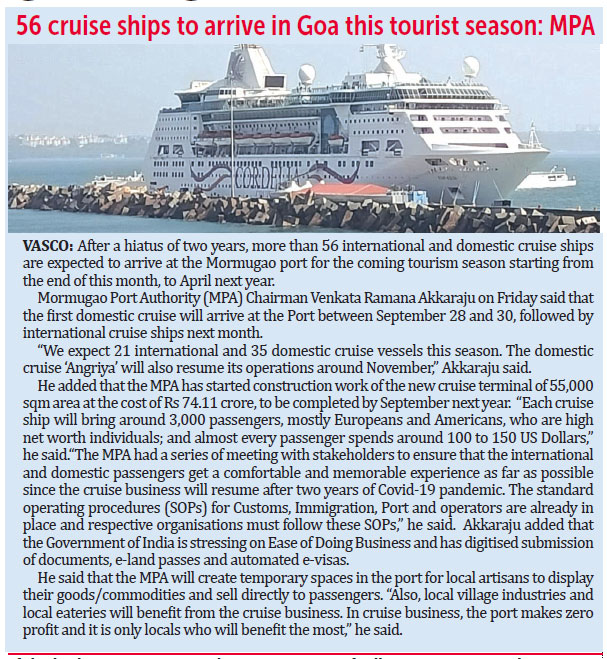 He said, “We have to think out of the box to improve the financial health of the Mormugao port and we have projects in the pipeline that include better mechanisation at berths 9, 10 and 11 to increase the efficiency and reduce the environmental impact. Even if the Port plans privatisation of these three berths for container cargo, the main thrust will be to provide more employment opportunities to locals, by handling more cargo.”

Akkaraju reassured that there was no scope of pollution due to the coal handling units in the Port and said that the MPA had adopted all the safety measures such as sprinklers and pollution control monitoring equipment to allay the apprehensions of the people.