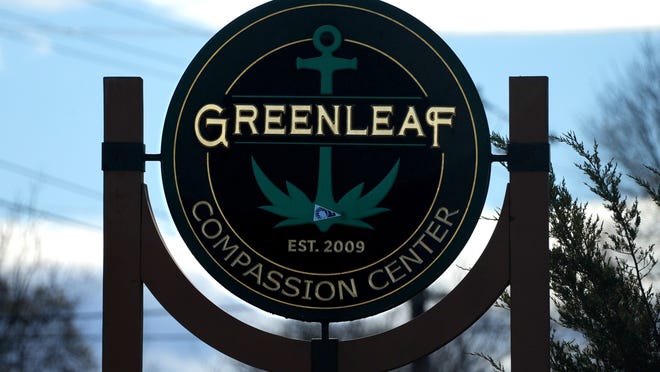 PROVIDENCE – Before sunrise Thursday, a new day dawned in Rhode Island, as the once nefarious act of scoring some marijuana became as legal as buying a six-pack.

After generations of clandestine street purchasing and years of legislative debate, the first day of legal weed sales is to be marked with early celebrations and ribbon-cuttings as five medical marijuana dispensaries flip the switch to selling the drug for adult recreational use, too.

What time were dispensaries to open Dec. 1?

Joseph Pakuris, co-owner of Mother Earth Wellness, in Pawtucket, planned to host the state’s first sale of recreational marijuana by opening his new Esten Avenue dispensary an hour early, at 7 a.m., and giving away marijuana treats.

But not to be outdone, RISE Dispensary of Warwick, formerly known as the Summit dispensary, had festivities at the Jefferson Boulevard business booked for 5:45 a.m., complete with steel-drum performances and a balloon archway.

RISE, a national company founded under Green Thumb Industries of Chicago, has had plenty of experience in grand openings with 77 retail cannabis stores in 14 states, said spokeswoman Colleen Crawford.

“We’re excited to be in Rhode Island for adult use,” she said Tuesday.

Medical dispensaries are first to sell retail pot in RI

Retail sales are the second part of a law passed in May, making Rhode Island at that time the 19th state to legalize adult use of marijuana since Colorado became the first in 2012. Since Rhode Island enacted its law, two other states have legalized.

Rhode Island’s new law allows for up to 33 retail licenses to be distributed in six zones statewide – eventually. But until the governor appoints a Cannabis Control Commission sometime next year to decide which businesses can get those licenses (a process that could stretch beyond 2023), medical marijuana dispensaries with licenses to also sell the drug for recreational use will be the only options to the public.

Here’s a few things to know if you’re hitting the shops starting Thursday:

How much retail cannabis can you buy at a dispensary?

The new law limits possession of the drug to one ounce, so leave your shopping carts and Target bags at home.

The new law, however, makes it lawful to have up to 10 ounces for personal use at your primary residence.

What retail cannabis products can you buy?

But most medical marijuana patients purchase the drug in what’s called “flower” form, the kind that is smoked. That will likely be the same with recreational users, says Matthew Santacroce, interim deputy director for the Department of Business Regulation.

What will you pay in taxes?

The legislation calls for a 20% tax rate – 7 % sales tax, a new 10% cannabis tax and a 3% tax that goes to the community where the marijuana is sold.

In June, the state Office of Management and Budget projected that cannabis taxes would generate about $17 million per year.

Can you buy retail pot with a debit card, or are purchases cash only?

Most dispensary sales are either cash or debit card purchases. Because the federal government still considers marijuana an illegal drug, many banks and credit card companies have shied away from doing business with dispensaries for fear of potential criminal prosecution.

How many Rhode Island marijuana customers are out there?

Based on federal drug survey data, which estimates how many people in Rhode Island use marijuana, “the number of potential consumers we looked at were in the neighborhood of 117,000,” said Santacroce. That includes the existing 16,000 or so state-licensed medical marijuana patients.

Where can you use marijuana in Rhode Island?

The chief sponsors of the law say there has been some ambiguity here. As written, marijuana can be smoked anywhere where cigarettes can be smoked, including in public places. But the intent of the legislation was to clearly give communities the power to regulate public cannabis use however they see fit, state Rep. Scott Slater and state Sen. Josh Miller said Tuesday.

Some communities have recently considered ordinances that ban public marijuana use, just as public alcohol consumption is prohibited.

“We’ve been talking to the legislative attorneys about a number of issues, including this one, since the bill was passed,” said Santacroce. “The law very clearly intends to give local governments the power to restrict the time, place and manner of marijuana consumption … We’re looking at very likely a couple of go-arounds of tweaks of this [law] just to make sure that the letter of the law reflects the known intent of the law.”

Marijuana is legal in RI:What does it mean for drug tests, employers and employees?

The new law also calls for automatic expungement of past convictions for possession of cannabis that would now be decriminalized. It gives the courts until July 1, 2024 to wipe those convictions clean and provides for an expediated process for those who want their expungement sooner.