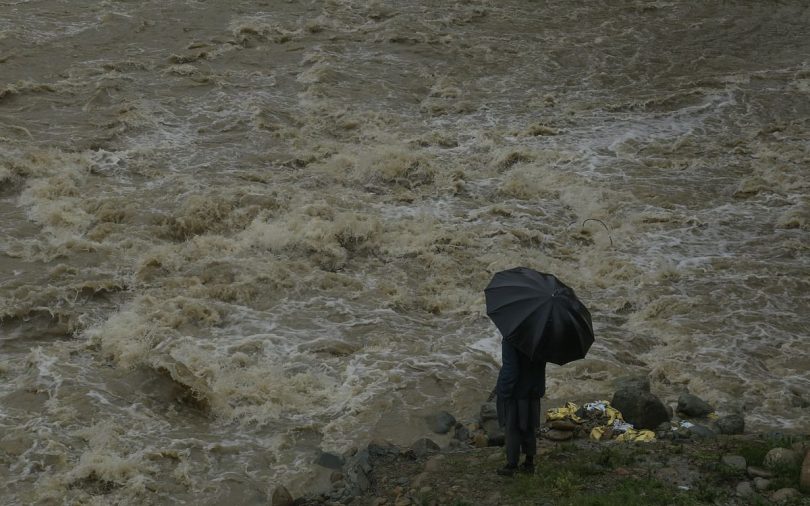 As heavy rainfall triggered flood fears in Kashmir, the tributaries of the Jhelum were also flowing above danger level with the water level in Asia’s largest freshwater body, Wular Lake, reaching 1575.87m.

Incessant rains over the past four days in Kashmir have led to a rise in water levels in all the major and minor rivers and tributaries with the Jhelum river crossing the flood deceleration mark at Sangam in Anantnag district on Wednesday afternoon.

The traffic on Mughal Road, an alternative link connecting the twin districts of Poonch and Rajouri in the Jammu region with south Kashmir’s Shopian district, was also suspended due to landslides en route. Meanwhile, a tourist guide has been feared dead while 13 people, including 11 sightseers have been reported to be stuck along Tarsar lake.

Heavy rainfall over the past four days has led to a rise in the level of most water bodies in Kashmir with the Jhelum river crossing the flood alarm mark at Sangam in Anantnag district on June 22, officials said here.

The authorities said that they have started moving people from low-lying areas to safer locations.

The flood and irrigation department sounded the flood alert in the Jhelum River as the water level crossed the 21ft-mark at Sangam in the Anantnag district, which is a mark for flood alarm. Low-lying areas in Srinagar city and other parts of the Valley are facing waterlogging as higher reaches are threatened by flash floods and mudslides. However, the Meteorological (MeT) department has forecast an improvement in the weather from the afternoon onwards. Unseasonal snowfall also occurred in the upper reaches of the Valley which has left hundreds of nomadic families. Notably, tribal Gujjar and Bakarwal families migrate to the upper reaches in the summer every year for grazing their cattle.