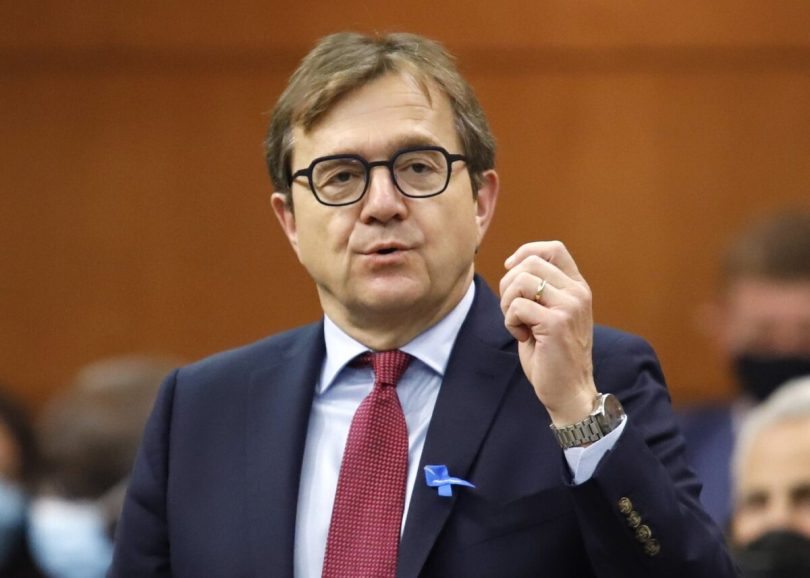 The Liberal government is aiming to move forward early this year with its “just transition” legislation intended to help workers in Canada’s oil and gas sector to move into green energy jobs, according to Natural Resources Minister Jonathan Wilkinson.

“I said it many times publicly that I do not believe that the challenge we are going to face is that there are workers who are displaced that will not find other good-paying jobs,” Wilkinson told CBC News. “I am actually quite worried that there are so many opportunities … we will not have enough workers to fill the jobs.”

Labour Minister Seamus O’Regan, along with NDP opposition critic Charlie Angus, are working with Wilkinson on the proposed legislation.

“I think we started in very different places and very different understandings,” Angus told CBC, describing negotiations on the bill between the Liberals and NDP, which began last year. “I’m hoping we move to a recognition of what needs to be on the table.”

The NDP’s support of the legislation is a condition of the confidence-and-supply agreement made between NDP leader Jagmeet Singh and Prime Minister Justin Trudeau in March 2022.

The government launched an engagement process in July 2021 to collect feedback on the potential legislation and to ask Canadians “how the Government of Canada can ensure a just and equitable transition to a low-carbon future for workers and their communities.”

“Climate change is happening now, changing our communities and our economy. It has prompted a global economic shift,” reads the Canadian government’s consultation page, which was closed for submissions in April 2022.

“Canada’s future success hinges on our ability to compete in an increasingly green, low-carbon global economy.”

Angus previously questioned the Liberal government in the House of Commons on what initiatives would be put in place to support oil sector workers.

Environment Commissioner Jerry DeMarco wrote in an audit report in April 2022 that the federal government is “not prepared to support workers and communities through a just transition to a low-carbon economy.”

“The audit found that there was no federal implementation plan, formal governance structure, or monitoring and reporting system in place to support a just transition and that supporting legislation has been delayed,” the report said.

DeMarco added that “the government has been unprepared and slow off the mark” when it comes to supporting “a just transition to a low-carbon economy” and said his audit found that the government is ill-prepared to provide “appropriate support to more than 50 communities and 170,000 workers in the fossil fuels sector.”

Wilkinson faced questions from MPs on a House of Commons committee in December about the federal government’s preparedness for implementing the transition legislation.

“It is extremely important that we not leave communities behind as we move through this energy transition,” Wilkinson said on Dec. 1.

“Did you read the environment commissioner’s report on the just transition and how it’s going so far?” asked Conservative MP Jeremy Patzer.

“I have read the environment commissioner’s report, yes,” Wilkinson replied, adding that the government is working “very actively right now” on the legislation.

“We’re going to bring forward an updated plan early next year,” he said.

Peter Wilson is a reporter based in Ontario, Canada.