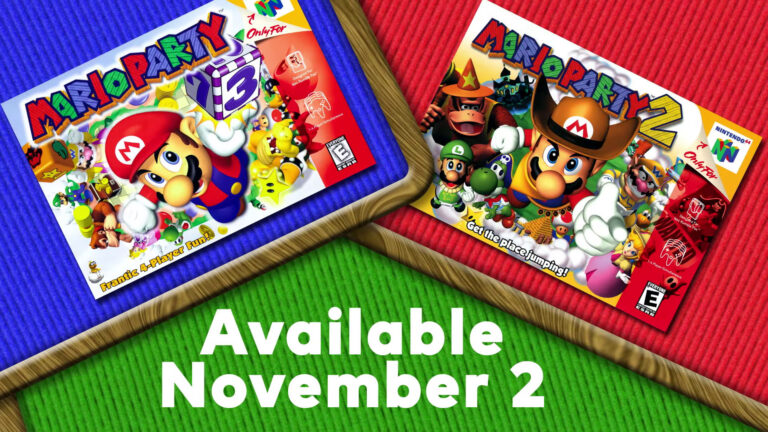 The Nintendo Switch Online platform wasn’t the biggest of hits when it first came out. Then, when they announced the Expansion Pack, many people weren’t thrilled by the new prices and the somewhat underwhelming content. However, things have slowly turned around. Their library of titles on the service is more stacked, and they’re continually adding games from the N64 and Sega Genesis eras. So if you’re feeling up for a nostalgia trip, you will enjoy yourself. A great pair of titles from the N64 era has just arrived on the service via Mario Party 1 & 2. However, an odd message will reveal itself when you boot up the game.

As showcased on Twitter, at the top of the N64 logo screen for the game, the following message appears: “CAUTION! To avoid irritation on your skin and/or damage the control stick, do not rotate it with the palm of your hand.”

If you weren’t around in the days of the N64, you might not get that reference, so allow us to give you a brief history lesson. Back in those days, when playing specific Mario Party minigames, you were told to rotate the control stick on the controller. The faster you did it, the better you did. So, to get the win and not have to do the typical method of moving it, players would do the following. First, they’d put the tip of the control stick right onto the palm of their hand. Then, they’d use their hand to spin it around as fast as possible. Your palm gave you more room to work with while also not forcing your finger to do circles on its own. If you try it out for yourself, you’ll notice how slow it can go if you use your finger vs. your palm.

The problem with this technique is that while it’s effective, it absolutely will destroy your control stick. It’ll start with the covering, and then it’ll slowly get worn down altogether. During the N64 days, no one really cared because they wanted to win the minigames. Today, gamers might be a little more sensitive about it due to the cost of new Joy-Cons or specialty controllers.

Many people have wondered why Nintendo put this warning up on a ported game. But the answer might be that they did it for the Switch game Mario Party Superstars. That title contains minigames from past entries in the series, so they likely put it there to enforce what not to do with your controller. Since the Switch Online games are the OGs, it makes sense for them to post it there too.

Sometimes it’s better to be safe than sorry with the warning labels. Unfortunately, Nintendo has learned that the hard way many a time.