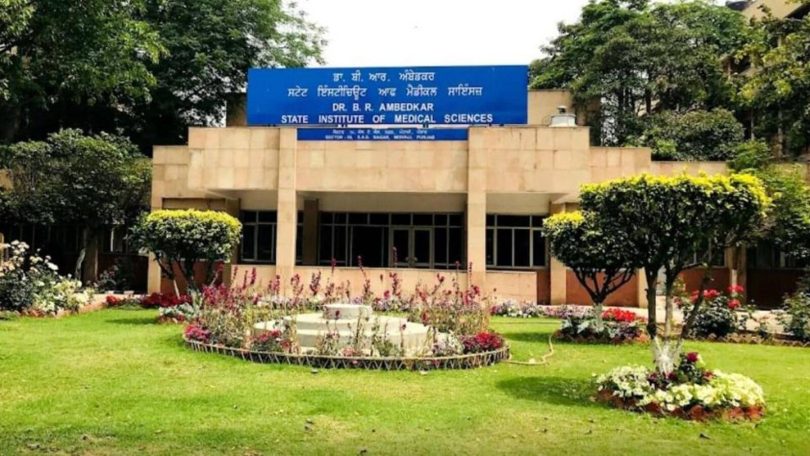 Over four months after the Punjab government mooted the proposal to relocate the newly set up medical college in Mohali, the government has picked a site at Knowledge City, Sector 81, for it.

The college, named Dr BR Ambedkar State Institute of Medical Sciences in Phase 6 and affiliated with Baba Farid University of Health Sciences, Faridkot, was set up during the previous Congress government in the buildings of the existing Mohali civil hospital, Punjab Health System Corporation (PHSC) and a training institute of the health department. The first MBBS batch with 100 seats had started in May this year.

Now, as per the decision of the directorate of research and medical education, Punjab, the college will be shifted to the land allotted for Institute of Nano Science and Technology (INST), an autonomous institution of the department of science and technology, Government of India, in Sector 81.

The Greater Mohali Area Development Authority had allocated 80 acres for INST that has already been constructed on 35 acres. The medical college will be constructed on 25 acres of the vacant land.

In April this year, since sacked health minister Dr Vijay Singla had mooted the proposal to have a “better” site for the medical college, citing lack of land for expansion.

He had expressed displeasure over the site selection, stating that the 10-acre land available in the college’s vicinity was not adequate to expand it in the future.

Following this, a three-member committee of senior IAS officers had identified three sites for the college — at Jujhar Nagar, near Phase 6; Medicity in New Chandigarh and Sector 81, where the Punjab government had acquired 381 acres to set up Knowledge City in 2009.

College to be upgraded to 220 seats

The ₹300-crore medical college project was sanctioned in 2012 during the Shiromani Akali Dal (SAD) regime under central-state shared funding in the 60:40 ratio. Initially started with 100 MBBS seats, the institute will eventually be upgraded to 220 seats.

Set up under the aegis of an autonomous society, Dr BR Ambedkar State Institute of Medical Sciences Society, the institute is the fourth government medical college in Punjab after Amritsar, Patiala, and Faridkot, and the first to come up in 48 years.

The four government medical colleges, apart from private ones, offer around 1,500 seats in all across Punjab.

In its maiden budget in June earlier this year, the AAP-led Punjab government had announced another super-specialty medical institute for Mohali district.

The super-specialty hospital will be a dedicated centre for diagnosis and management of liver and biliary diseases, apart from training and research in the field of hepato-biliary sciences.