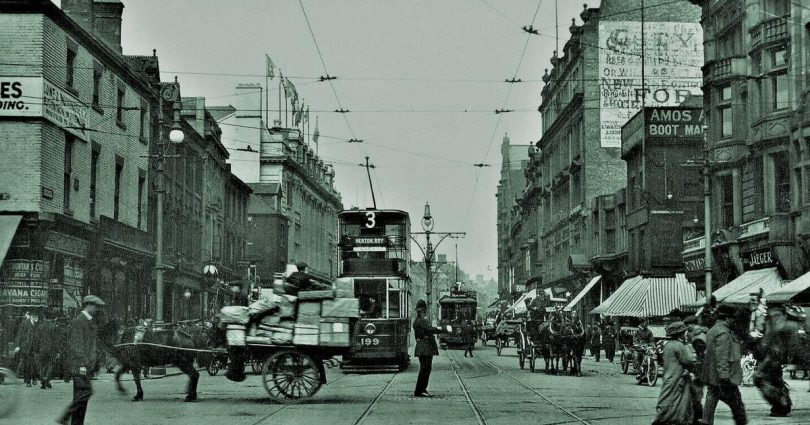 Newcastle’s Northumberland Street was a hive of activity when our wonderful main image was captured in 1910.

It’s one of 10 photographs kindly shared with ChronicleLive by Tyneside local historian Norman Dunn recalling the city in the early decades of the last century. Elsewhere we see landmarks such as Newcastle Central Station, the Response war memorial at Barras Bridge, and the newly opened Tyne Bridge.

The retail history of Northumberland Street stretches back to the 18th century when it was described as a row of old brick houses that “are rapidly becoming shops”. By the time our photo was taken 112 years ago, the area was emerging as the city’s main shopping hub.

READ MORE: The death of Queen Elizabeth II – and her visits to the North East in 25 photographs

Fenwick’s was already established and by 1914, 400 people worked there. Woolworth’s opened its doors in Newcastle for the first time in 1913 – and in 1932, Marks & Spencer, British Home Stores (BHS), and C&A all set up shop on the street.

Fast forward to the post-war, post-austerity era, and Northumberland Street was in pole position to take advantage of the new relative prosperity. By the late 1950s and early 1960s there was work for everyone who wanted it. People had more disposable income in their pockets than ever before – and they wanted to spend it. Conveniently, the shops were chock-a-block with goods and newly-desirable consumer durables such as televisions and fridges.

A time traveller from 1910 setting foot on Northumberland Street today would still recognise the place despite the many changes over the years, not least of which saw the one-time main road through the city centre being pedestrianised in 1998.

Local history buff Norman Dunn, from Hebburn, South Tyneside, has built up a huge collection of archive photographs over time, and has shared many of them with ChronicleLive in recent years. He spent much of the recent lockdown self-publishing a series of photographic books using pictures from his archive.

Each book is A4-sized with a glossy finish and contains 300-plus photos. They are on sale at £15 each. Together they provide a compelling photographic record of 20th century life in the towns and communities that lined the southern bank of the River Tyne from Felling down to South Shields.

The books are available direct from the author. To order copies, email norman@dunn247.co.uk or telephone 07958 120972. If people live locally, the books can be picked up personally. Meanwhile, Norman also hosts a popular online discussion forum called Hebburn And Our Neighbours.