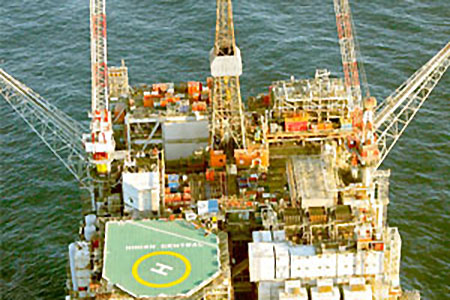 As recent events, including threats to energy supply in Europe and uncertainty about commodity prices, have led the majority of oil and gas companies to increase their focus on energy security, the more progressive firms are accelerating reinvention plans with a holistic approach to balance energy supply with adopting low-carbon initiatives, according to a new report from Accenture.

The report, titled ‘The Reinvention Reset — From Bold Plans to Pragmatic Actions’, is based on proprietary industry research and a global survey of more than 200 oil and gas executives. An update of the inaugural report Accenture published last year, the report focuses on identifying the executives’ plans to reinvent their companies according to a ‘5C’ model encompassing competitiveness, connectivity, carbon, customer and culture.

Participants’ responses were aggregated to arrive at a Reinvention Index score for each company. The 10% of companies scoring highest – those taking decisive, holistic actions to bolster capabilities across the value chain, showing signs of total enterprise reinvention – were classified as ‘Leaders’, with the bottom 25% labeled ‘Laggards’.

“Faced with a host of disruptions – from longstanding underinvestment in production to the effects of the pandemic and the war in Ukraine – oil and gas companies must bolster their reinvention efforts now,” said Muqsit Ashraf, a Senior Managing Director at Accenture who leads Accenture Strategy and the company’s Energy practice. “An enterprise-level approach is crucial. Companies might be tempted to pay less attention to non-hydrocarbon investments because energy security in the near-term depends on maintaining oil and gas production, but balancing near-term energy security and longer-term energy sustainability will be key to their ability to compete and deliver 360° Value.”

Reinvention is dominating the industry agenda, with 9 out of 10 respondents (92%) in this year’s survey claiming they plan some form of reinvention, whether radical, significant or encompassing fundamental changes. Indeed, 70% of leaders and 50% of laggards view enterprise-wide transformation as a critical component in ensuring they remain competitive.

While embarking on such broad, holistic transformations, the report suggests oil and gas companies should aim for balanced energy portfolios to underpin the future energy system. Indeed, all companies indicate they are increasing their focus on both security and sustainability, but Leaders are taking a more balanced approach, with Laggards more focused on energy security.

Closing capability gaps in digital connectivity will also be critical as oil and gas firms seek to reinvent themselves – the report identified a large gap between Leaders and Laggards in this area. For instance, 94% of Leaders said that their remote operations are already highly connected and monitored in real time, compared with just 52% of Laggards.

“Although some companies are making progress with their connectivity efforts, more can be done to scale capabilities in this area,” Ashraf said. “To improve digitally enabled connectivity, they can combine technologies including 5G, edge computing and AI; invest in new areas like the metaverse to drive the future evolution of connected operations; and invest in people’s skillsets to unlock their potential.”

Read the article online at: https://www.worldpipelines.com/special-reports/09122022/oil-and-gas-leaders-taking-holistic-approach-to-reinvention/