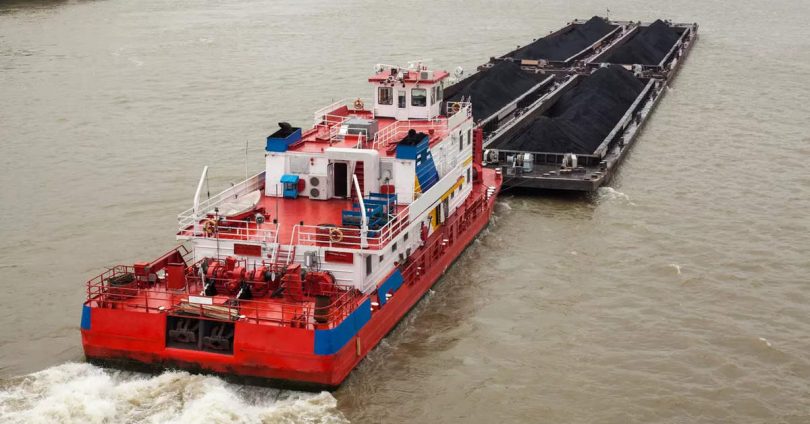 NEW DELHI: In a move, which will enhance the attractiveness of cargo transport through inland waterways in India’s eastern and north-east region, movement of coal from Pandu inland waterway port in Guwahati to Bangladesh, is slated to start off.

The coal transport will be undertaken from Pandu port to Sirajganj port, located in north-western Bangladesh along the Brahmaputra river, known as Jamuna in Bangladesh.

“The coal transport will commence shortly, currently we are looking into the custom formalities of the voyage to be undertaken,” said Mukul Jain, Assistant Director at Inland Waterways Authority of India to ET Infra.

The coal stocks are from mines in Meghalaya and will be transported to several buyers in Bangladesh on a ‘free-on-board’ basis via barges operated by private logistics operators, ET Infra has learnt.

Earlier in the year, the maiden steel cargo transport was undertaken by two barges carrying a consignment of 1,798 tonne steel products of Tata Steel Ltd from Haldia port in West Bengal to Pandu inland port via the Indo-Bangladesh Protocol route.

Apart from Pandu, another important inland waterway port is Dhubri, located in lower Assam and close to the India-Bangladesh border. In the last few years, Dhubri port has emerged as a transit port for commodity transport to Bangladesh.

“Stone chips from Bhutan are now regularly being transported via Dhubri port to Bangladesh,” said Jain, outlining that momentum for riverways connectivity is getting traction in the region. Inland waterways are considered the cleanest and cheapest mode for cargo transport compared to railways and roadways.

The river waterway system between India and Bangladesh has seen renewed focus in the last few years in order to enhance cargo transport between north east India and the rest of the country via Bangladesh.

According to a Ministry of Ports, Shipping and Waterways statement in March, to improve the navigability, two stretches of Indo-Bangladesh Protocol routes – Sirajganj-Daikhowa and Ashuganj-Zakiganj – are being developed at a cost of Rs. 305.84 crore and the development of these stretches is expected to provide seamless navigation to north east India via the Indo-Bangladesh Protocol route.

The development of the country’s first Multimodal Logistic Park at Jogighopa, Assam is also being undertaken, the first phase of which is expected to be completed by 2023.

The Rs. 693.97-crore park, located about 90 km east of Dhubri on the banks of Brahmaputra river, will provide direct air, road, rail and waterways connectivity in the state and the region.