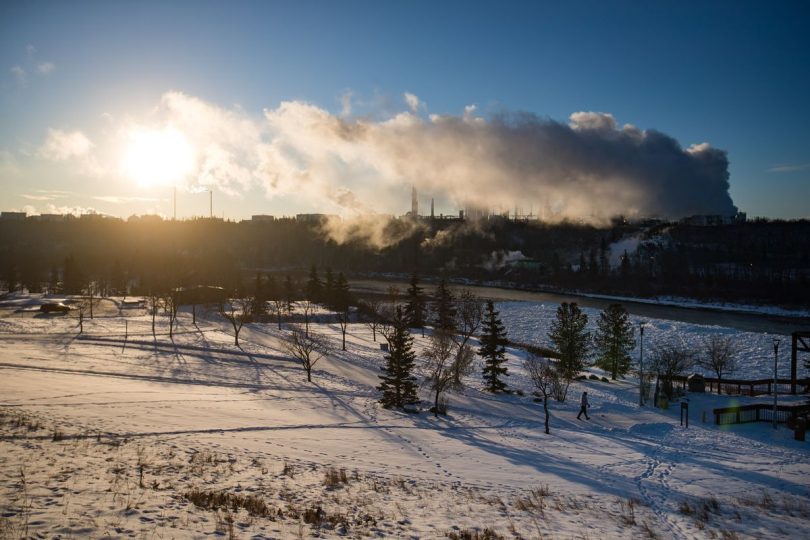 Jan Gorski is the director of the Pembina Institute’s oil and gas program, based out of Calgary.

A confidential federal analysis obtained by The Globe and Mail recently shed doubt on whether the oil and gas sector can reduce greenhouse-gas emissions to the levels set out in Canada’s Emissions Reduction Plan, calling into question whether the country’s climate goals are too difficult to achieve.

However, this analysis was preliminary and failed to assess the full potential within the sector to reduce the emissions it produces.

First, difficulty should not be conflated with impossibility. Recent analysis from the Bank of Montreal shows that the cost of achieving net-zero carbon emissions for oil-sands producers is only $2.50 per barrel of oil when averaged out to 2050. And the industry is currently experiencing record cash flows. The ARC Energy Research Institute forecasts that in 2022 alone, after paying taxes, royalties and operating costs, the industry will boast $147-billion in free cash flow.

While it will take considerable effort, and Canada’s highest-emitting sector will need to pick up the pace, our analysis shows that the oil and gas industry can achieve even deeper emission cuts than what was modelled in the federal climate plan using existing technology – as much as 103 megatonnes from 2019 levels. Available technology includes capturing methane gas that is vented or leaked into the air, electrifying industrial engines, and using carbon capture and storage.

The federal climate plan states that the intent is “not to bring reductions in production that are not driven by declines in global demand.” Underpinning this statement is an assumption about how much oil the world will need, which in turn will determine how much of it will come from Canada. This assumption relies on outdated scenarios produced by the Canadian Energy Regulator that assumed that demand for oil will continue to grow and production in Canada will likewise increase to meet demand.

But the energy landscape is shifting quickly in ways that clearly signal diminished global demand for oil by 2030.

Rapid uptake of electric vehicles around the world is expected to have a significant impact on global oil demand. At the same time, Europe’s response to the war in Ukraine has been to ramp up decarbonization efforts and accelerate investment in renewables and other clean-energy technology. Countries are responding to high oil prices by seeking short-term price relief for consumers while making long-term plans to reduce dependence on foreign sources of energy.

In Canada, oil-sands investors and shareholders are sending a clear message that they do not believe there is a growing market for bitumen. For the first time since the oil sands were unlocked, Alberta is experiencing a boom in terms of oil revenue, yet no major oil-sands expansions or new projects are being advanced.

The federal government has recognized the need to model an energy scenario that will achieve net-zero and has directed the Canada Energy Regulator to produce a credible net-zero scenario. Canada should model emission goals against the goal that we’re aiming for: a carbon-neutral world where the worst impacts of climate change are avoided. This means a sizable reduction in the global demand for oil and no major increases in its production from high-cost, high-carbon sources such as the oil sands. It may even pose a risk to existing high-cost, high-carbon projects that are approaching end of life.

A sector-wide transformation always looks daunting at the start. But we need only consider the extraordinary shifts that occurred in Alberta’s electricity sector over the last decade. In 2015, the provincial government committed to phasing out coal power plants by 2030. Such a monumental undertaking was considered feasible but extremely difficult. Yet smart policy incentivized utilities to speed up the process. Today, Alberta’s utilities are on track to replace coal power on the grid by 2023, a mere eight years after the initial commitment.

Canada has developed policies aimed at achieving reductions in the oil and gas sector including methane regulations, a carbon pricing system and finalizing the Clean Fuel Standard. Climate success means that these policies must be strengthened and that new ones, such as the cap on oil and gas emissions, are quickly designed and implemented. It is urgent that these policies are finalized in a timely manner to provide industry with the certainty they need to make investment decisions.

The Canadian oil and gas sector is well positioned to do its fair share to meet the country’s climate goals by 2030. It is not only imperative to meeting our climate targets and international obligations, but critical in order for the industry to remain competitive in a global marketplace that’s shifting away from oil and increasingly placing value on low-carbon energy.

Your time is valuable. Have the Top Business Headlines newsletter conveniently delivered to your inbox in the morning or evening. Sign up today.