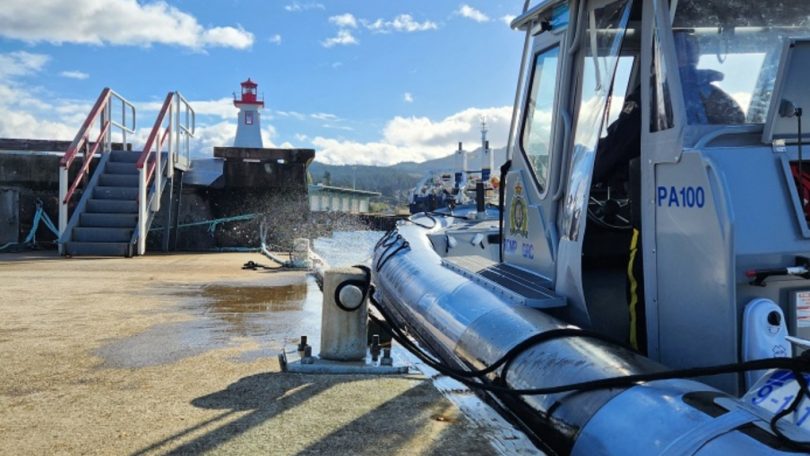 
The incident occurred in the Alberni Inlet, just off of Canal Waterfront Park, according to a news release from Port Alberni RCMP.


Police said they received a report that a boat was sinking just after 12:30 p.m.


“Bystanders at the park watched as the boat took on water and quickly sank leaving the two occupants in the rough waters,” police said in their release.


Officers were in contact with the sinking boat’s occupants roughly 20 minutes after they received the first call, according to police.


Mounties used the detachment’s rigid hull inflatable boat to reach the occupants on a log boom approximately 30 metres from shore, where they were attempting to stay out of the water, police said.


“Incidents such as these are a stark reminder to ensure that everyone on board is wearing a personal floatation device, and that all vessels are fully stocked with all of the required safety equipment,” said Const. Richard Johns, in the release.


“Wearing a lifejacket or PFD is the best defense for surviving cold-water shock and hypothermia.”


The Port Alberni detachment recently moved its patrol vessel to the Harbour Road marina in order to decrease response times in incidents like this one, police said, adding that the Canadian Coast Guard is working with the sunken boat’s owner to recover it.