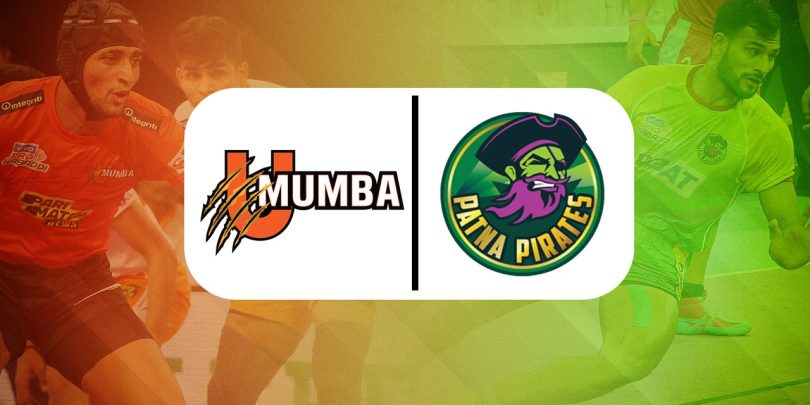 Guman Singh has been in-form for his team and scored a Super 10 in his previous game.

U Mumba won a close battle against Puneri Paltan (34-33) in the Maharashtrian derby in the reverse fixture of PKL 9. Guman Singh after a return from injury scored a super 10 with the defence contributing in the form of Rinku and Kiran Magar. U Mumba sits in the top 6 and a win against Patna Pirates will inch them closer to the top 2.

Patna Pirates scored a comfortable victory against Jaipur Pink Panthers (37-30) and are yet to lose a single match in the Pune leg. Patna Pirates put up a great team effort with Rohit Gulia returning from an injury and was one point away from scoring a super 10. Chiyaneh scored yet another high 5.

Rohit Gulia’s return to playing 7 will be a huge boost to Patna Pirates with the versatility he brings to the mat. More than a raider he can also be very useful in super tackle situations helping the team in crucial situations. The secondary raider role was taken by Anuj who couldn’t live up to the expectation but with the return of Rohit, Sachin will be pleased.

Guman Singh after a return from injury has begun from where he left off. In the last match against Puneri Paltan, he scored seven points out of the 10 points the team had scored in the first part of the first half showing full dominance. With the support of Ashish, he needs to keep shifting the raids count to avoid further injuries.

Patna Pirates in the wins in season 9 has worked collectively with both the raiding and defence section scoring points simultaneously. Chiyaneh will be up against Guman Singh the lead raider from U Mumba and if he keeps him out of the game then Patna will have the upper hand winning the game.

Surender Singh is eight points away from getting to 250 points (overall) in the Pro Kabaddi League.