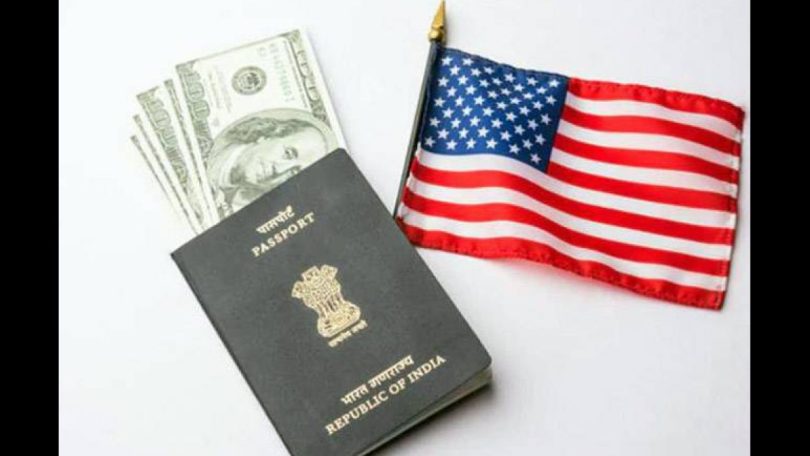 China has remained the largest contributor to the international student body in the US for nearly a decade until India recently took over with almost twice the number of student visas for the first time. According to the Bureau of Consular Affairs, a total of 77,799 Indian students received F-1 visas from January to July this year, as opposed to 46,145 secured by China.

The upsurge in the number of Indian students heading to the US was also speculated by some of the leading domestic study abroad counselling services. Jamboree Education also reported a sharp rise in the number of students applying to US universities for Business Analytics, Data Science, MIM, and STEM-based courses. “After the pandemic, the jump in student visas for the US was expected and the trend is most likely to continue,” added Vineet Gupta, M.D. Jamboree Education

What fuelled the sudden rise in Indian student visas?

Traditionally, the US gets more Chinese students than Indians, but there was always close competition between the two countries. In 2021, China was able to pack 99,431 students to the USA, while India was the close second with 87,258 students. So what triggered this massive leap of almost double the number of student visas? Here are some findings that fuelled this sudden rise in the number of Indian students heading to the US:

The Covid-19 pandemic witnessed a worldwide drop in international travel owing to visa restrictions and strict border controls. But as the pandemic eased, the curbs on citizen movements worldwide were dismantled, and F1 Visa has once again become the focus of many around the world. Only this time, the USA has provided more F1 Visas to Indian students in comparison to the Chinese.

Last year, US Citizenship and Immigration Services (USCIS) announced that international students could file for an additional 24-month extension on top of their one-year OPT.

Optional Practical Training refers to a 12-month time period in which current or graduated students in the US with F-1 visa status are allowed to work part-time (20 hours per week or less) or full-time and gain experience in practical training that is closely related to their major or field of study. This program was extended up to 36 months for students who receive a qualifying degree in STEM fields, a decision that was wholeheartedly welcomed by Indian students.

A positive fallout of the Covid-19 health crisis was the culture shift around online learning and technology. This ‘tech-cceleration’ was quickly picked up by tier-II Indian cities as well. Historically, these cities in India have a limited number of study abroad test prep centres, with many offering inconsistent instruction. So when leading test prep institutes shifted to online mediums, students were quick to jump and embrace the change.

Even in the face of a pandemic when people around the world lost their jobs, Bloomberg reported that payroll in the US grew by 6.4 million in 2021. Post-study work opportunities are a deciding factor for Indian students, and the US continues to keep up with students’ expectations. Additionally, the US has an academic reputation for a highly market-oriented and intensive research curriculum which further opens avenues to well-paying jobs.

With an unbeatable variety of programs, top-ranking universities, and thriving campus life, the US has truly earned its reputation as the most sought-after study destination in the world, and the growth of Indian students heading to the US is expected to continue further in the near future.