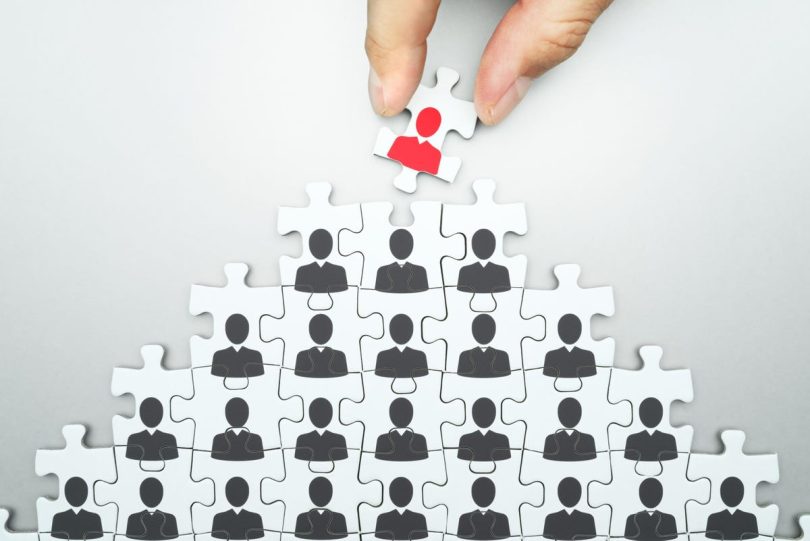 Research from the Ludwig-Maximilian University of Munich reminds us that it isn’t always like this, however, and that people from working-class backgrounds can ascend the greasy pole in certain industries.

The researchers analyzed over 1,500 German firms (and their CEO) to explore whether different industries had different social classes in the boardroom. Four clear types of CEO emerged from the data:

“Lumping individuals with different levels of education and income together in one homogenous CEO class (‘the elite’) blinds us to potential differences between CEOs,” the researchers explain. “We argue that CEOs’ social class can only be understood when considering both family background and the current resources (income and education) at their disposal.”

The potential for social mobility was far from even across different industries, however, with sectors like finance, real estate, and insurance scoring particularly poorly. By contrast, the IT and engineering sectors were far more accessible to people from working-class backgrounds.

The researchers believe that these differences are quite probably caused by the different hiring and onboarding practices that organizations deploy, with the financial sector heavily influenced by one’s social class. If companies recruited using less elitist criteria, they believe that they would not be so limited in the pool of talent available to them.

“One step is bringing in diversity in terms of who is in charge of recruiting and hiring,” the researchers explain. “Second, of course, is sensitizing the people in your organization who are recruiting, not only to topics such as gender, which has become very important, but also other elements that could potentially contribute to discrimination, such as social backgrounds.”

A good first step is to make managers and recruiters aware of the need for class diversity in the first place so that any talent-related decisions are made with this in mind.

“Make sure for your organization, for your hiring and your development programs, that the ‘elitist criteria’ of your potential new hires do not become a determining factor on who’s successful or not. That’s the key takeaway of this study,” the researchers explain. “Otherwise, firms might be missing chances of hiring equally well-qualified candidates. We still see that this matters, especially when it comes to the top of organizations, even though it should not. It should not matter who your parents are when it comes to your own advancement.”

There was also a preponderance of “social-class transitioners” in knowledge-intense industries. These CEOs had transitioned through the classes as a result of their educational performance and were highly present in sectors like technology, engineering, health, and education.

“Next to the IT, engineering, health, and education sectors, upward-educated CEOs are also more likely to work for management consultancies,” the authors continue. “Given that this industry is very knowledge-intense, this result may not be surprising. However, in contrast to IT, engineering, health, and education, we find more established-elite CEOs in management consultancies.”

The high premium on the highly educated in these sectors corresponded with a much lower proportion of either middle-class or working-class CEOs in the sector, however. The researchers believe that this is probably due to the value placed on relationships and networks in the consulting sector, which gives people from higher social-class backgrounds an advantage.

There was much less social mobility apparent in areas like construction, which the researchers believe is probably a result of the lower importance placed on educational attainment in the sector. Instead, it’s a sector that is characterized by unique projects that require very specific engineering expertise and a conglomerate of contractors. As a result, they believe that the established elite are still valuable in this sense.

This was less so in the trade sector, however, where there were much fewer CEOs from either the established elite or the upwardly educated. Instead, working-class and middle-class CEOs dominated.

“Here again, we refer to the stakeholders and the business model in this industry: the trade sector is dominated by small and medium-sized firms that are engaged in the wholesale and retail sale of household goods (largest share in our sample), furniture, plumbing, pharmaceutical goods, and so on,” the researchers explain. “These CEOs’ employees receive training (in retail sales), but there is—compared to the knowledge-intensive industries discussed above—less of a need for higher education.”

The results are a reminder that while it’s easy to characterize CEOs as homogenous members of the elite, the reality is rather more nuanced. As a result, if we want our boardrooms to be more diverse environments, then we need to take this nuance into account when thinking of approaches and policies to make that happen.