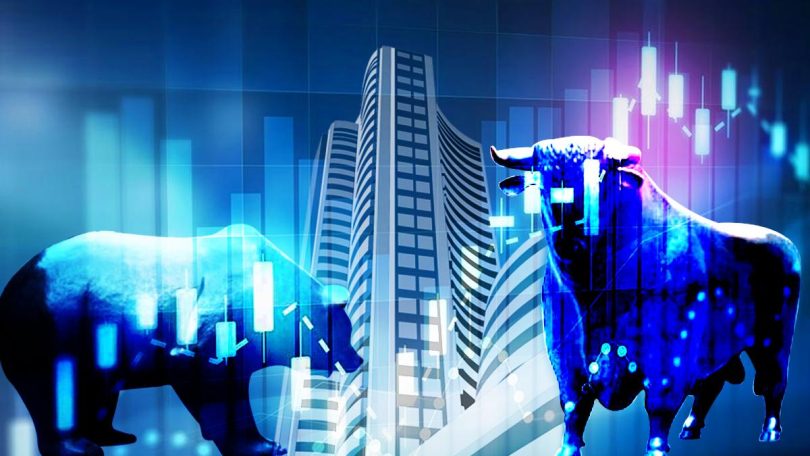 Market breadth was positive with 1866 shares closing higher against 1627 stocks falling on BSE. 148 shares were unchanged.

“The biggest drag on the market in the near-term is the sustained selling by FIIs for 13 continuous sessions, which has taken the cumulative cash market selling to Rs 16,587 crore,” said V K Vijayakumar, Chief Investment Strategist at Geojit Financial Services.

Rupak De, Senior Technical Analyst at LKP Securities said, “Nifty remained range bound throughout the session. The market sentiment remains negative as the benchmark Nifty fell below the crucial short-term moving average (50 EMA). The daily RSI is in bearish crossover on the daily timeframe, suggesting sluggish momentum. Over the short term, the trend is likely to remain sideways or negative. On the higher end, resistance is visible at 18,000/18,250. On the lower end, support is visible at 17,800.”

Benchmark indices fell sharply on Tuesday, dragged by index heavyweight Reliance Industries, HDFC twins (HDFC and HDFC Bank) and ICICI Bank. Sensex was down 631 points or 1.04 per cent at 60,115. The NSE benchmark lost 187 points or 1.03 per cent to settle at 17,914.

Elsewhere in Asia, equity markets in Seoul, Tokyo and Hong Kong ended in the green, while Shanghai settled lower. Equity exchanges in Europe were trading in the positive territory in mid-session deals. Markets in the US had ended in positive territory on Tuesday. International oil benchmark Brent crude climbed 0.65 per cent to $80.62 per barrel.