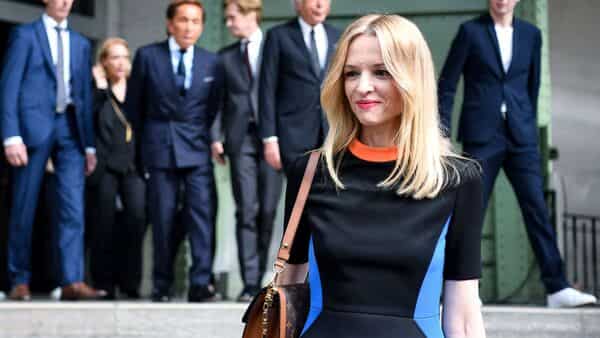 In another shuffle, Pietro Beccari, who has been the head of Dior since 2018, will be moving to replace long-time Louis Vuitton CEO Michael Burke, 65. The management changes will be effective on 1 February.

Delphine has been executive vice president at Louis Vuitton since 2013, supervising the brand’s product-related activities. Previously, she served as deputy managing director at Christian Dior Couture.

As reported by AFP, Bernard Arnault said the appointment of Delphine, a top executive at Louis Vuitton, as head of Christian Dior Couture is the “continuation of a career of excellence in fashion and leather goods”.

Under her direction, Louis Vuitton was able to “fly from record to record” and her “sharp eye and incomparable experience will be decisive assets in the continued development of Christian Dior”, Arnault said in a statement.

She will succeed Pietro Beccari, who will replace Michael Burke as head of Louis Vuitton, the world’s leading luxury brand in terms of sales, famous for its handbags bedecked with the initials “LV”.

Bernard Arnault praised Beccari for his “exceptional work” as head of Dior over the past five years.

“Nobody doubts that he will lead Louis Vuitton towards even greater desirability and success,” he said.

Arnault also congratulated Burke for his “great job” during 10 years at the helm of Vuitton, which helped to “widen the gap with our competition”.

Meanwhile, Burke will take up a new position alongside Bernard Arnault.

Arnaud Cadart, portfolio manager at the Paris-based asset management firm Flornoy, said the appointments of Beccari and Delphine Arnault were “clear signs of trust” and a “desire to keep a balance between outside people and Arnault family members”.

Beccari, who joined LVMH in 2006, is taking over a “strategic house” while Delphine Arnault is heading “another jewel of the group”, Cadart said. Beccari, meanwhile, who also previously led LVMH-owned label Fendi, increased sales at Christian Dior three-fold to 6.6 billion euros during his tenure, according to estimates from Citi. LVMH does not provide a breakdown of annual sales of its brands.

Bernard Arnault, 73 who overtook Musk on the Forbes and Bloomberg lists of the world’s top billionaires late last year, with Forbes putting the clan’s net worth at $200 billion. He has five children with all have top jobs at LVMH.

Delphine Arnault will head Dior. His eldest son, Antoine Arnault, was named CEO of holding company Christian Dior SE, which controls LVMH, in December, and also holds other positions within the group. He is the head of communications, image and environment for LVMH as well as chairman and CEO of LVMH’s holding company Christian Dior SE. He has been CEO of the upscale menswear and shoe label Berluti since 2012, and chairman of Italian cashmere specialist Loro Piana since 2013. Previously head of communications at Louis Vuitton, he is a member of LVMH’s board of directors. Antoine has degrees from French business school INSEAD and Canadian business school HEC Montreal.

Alexandre Arnault is an executive vice president at jewelry brand Tiffany. He was previously CEO of luggage-maker Rimowa, a position he held for four years starting in 2016. Alexandre has a masters degree from French university Ecole Polytechnique.

Frederic is CEO of watchmaker Tag Heuer. He was previously head of strategy and digital director at the watch label, which he joined in 2017. Frederic is a graduate of France’s Ecole Polytechnique.

Another son, Jean Arnault, is director of watch development and marketing at Louis Vuitton. Jean has a masters degree in financial mathematics from Massachusetts Institute of Technology and in mechanical engineering from Imperial College in London.

As part of the management changes, the company is also folding Tiffany into the watches and jewellery division, under management of Stephane Bianchi, as reported by Reuters.

The group reported a net profit of 6.5 billion euros ($7 billion) for the first half of 2022, a 23 percent jump from record earnings in the period a year earlier, on sales that rose 28 percent to 36.7 billion euros.

Full-year results for 2022 will be published in the coming weeks but are expected to show growth after generating 64 billion euros in sales in 2021, up by 20 billion euros from the previous year.

Louis Vuitton alone is expected to have made more than 22 billion euros in sales last year, according to analysts at Bernstein research firm.

In a note, analysts at RBC Capital Markets said the reshuffle was “positive for both the Louis Vuitton and Dior brands” and it “also reflects ongoing leadership transition within the Arnault family”.