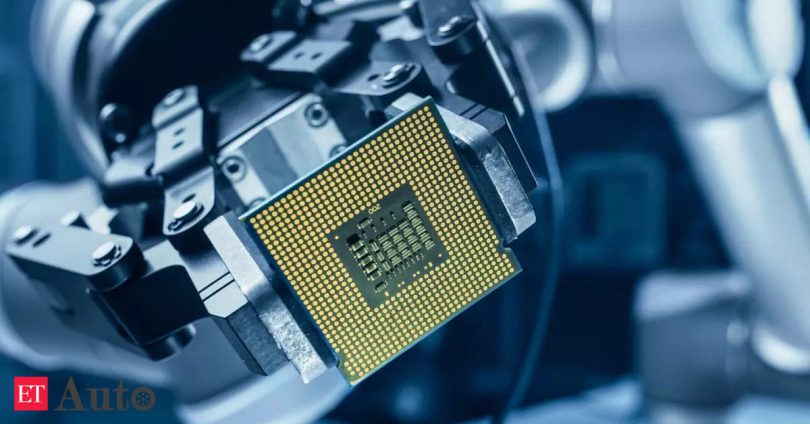 By Johnsn Lai and Joe McDonald

Taipei: Taiwan’s envoy to a gathering of Asia-Pacific leaders is the 91-year-old billionaire founder of a computer chip manufacturing giant that operated behind the scenes for decades before being thrust into the centre of US-Chinese tension over technology and security.

Morris Chang’s hybrid role highlights the clash between Taiwan’s status as one of China’s top tech suppliers and Beijing’s threats to attack the self-ruled island democracy of 22 million people, which the mainland’s ruling Communist Party says it part of its territory.

Taiwan’s decision to send Chang instead of a political leader to the Asia-Pacific Economic Cooperation summit in Thailand reflects the island’s unusual status.

The United States and other governments have agreed to Chinese demands not to have official relations with Taiwan or have their leaders meet its president.

Chang transformed the semiconductor industry when he founded Taiwan Semiconductor Manufacturing Corp. in 1987 as the first foundry to produce chips only for customers without designing its own.

That allowed smaller designers to compete with industry giants without spending billions of dollars to build a factory.

TSMC has grown into the biggest chip producer, supplying Apple Inc., Qualcomm Inc. and other customers and turning Taiwan into a global tech centre.

TSMC-produced chips are in millions of smartphones, automobiles and high-end computers.

Despite that, TSMC ranks high on any list of the biggest companies that are unknown outside their industries.

Chang, a Texas Instruments Inc. veteran who served as TSMC chairman until 2018, represented then-President Chen Shui-bian at the Asia-Pacific Economic Cooperation meeting in 2006.

“Taiwan’s semiconductor industry, especially TSMC, plays a pivotal role in the domestic and even the world economy,” Tsai told reporters on October 20.

“At this important moment, Chang is an irreplaceable candidate to serve as the representative of our country’s APEC leaders.”

Taiwan is in a “very challenging environment” and APEC is the “most important international conference venue for Taiwan,” Chang said at the October 20 briefing with Tsai.

“Taiwan needs to build a secure and resilient supply chain with trusted partners, especially in the electronics sector,” he said.

“Globalisation seems to be a bad word and free market economy’ is beginning to carry conditions,” Chang said while accepting an award from the Asia Society.

“Many companies in Asia and America face challenges as to how to operate in the new environment,” Chang said. “Still, I’m confident that solutions will be found.”

TSMC was thrust into geopolitics in 2020 when then US President Donald Trump blocked the company and other vendors from using US technology to make chips for Chinese tech giant Huawei Technologies Ltd., which produces smartphones and network gear for phone and internet carriers.

American officials say Huawei is a security threat and might enable Chinese spying, an accusation the company denies.

Most of the world’s smartphones and other consumer electronics are assembled in Chinese factories. But they need components and technology from the United States, Europe and Asian suppliers – especially Taiwan, the biggest chip exporter.

Processor chips are China’s biggest import at USD 300 billion a year, ahead of oil. The ruling Communist Party sees that as a strategic weakness and is spending heavily to create its own chip producers, but they are generations behind TSMC and other global leaders.

TSMC, headquartered in Hsinchu, adjacent to the Taiwan capital, Taipei, says it made 12,302 different products last year for 535 customers. The company reported an USD 18.7 billion profit last year on USD 49.8 billion in revenue.

Chang was born in Ningbo, south of Shanghai, and moved to Hong Kong after a civil war on the mainland ended with the Communist Party taking power in 1949.

The mainland’s former ruling Nationalist Party fled to Taiwan. The two sides have been ruled separately since then. They have no official relations but are linked by billions of dollars of trade and investment.

Chang studied at Harvard University and the Massachusetts Institute of Technology before receiving a Ph.D. in electrical engineering from Stanford University in 1964.

Chang spent a quarter-century at Texas Instruments, rising to become a vice president in charge of its semiconductor business, before being invited to Taiwan in the 1980s to lead a technology research institute.

In 1988, TSMC became Taiwan’s first company traded on the New York Stock Exchange. Chang’s stake in the company is worth USD 1.6 billion.

“These parking systems have been very much a foothold in the very luxury vehicle market today. Aisin’s solution is designed to make this more mainstream, because the solution itself is designed to fit into a very cost effective module,” Wayne Lyons, AMD’s senior director for the automotive market told Reuters.