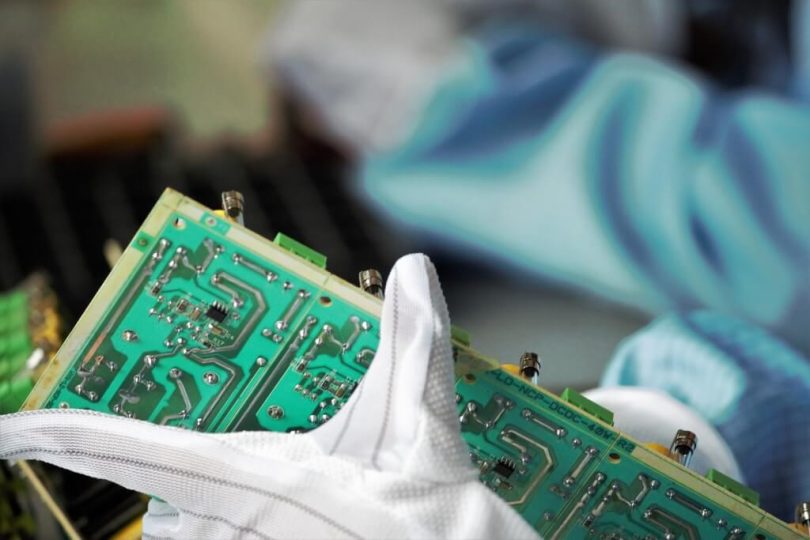 Taipei, Jan. 7 (CNA) Tax cuts passed by the Legislature on Saturday are only the “first step” needed to prepare Taiwan’s semiconductor manufacturers for the fierce international competition in chipmaking, and more measures will be necessary to consolidate the nation’s advantage in the field, experts said Saturday.

Lawmakers on Saturday passed amendments to the Statute for Industrial Innovation offering income tax cuts of up to 50 percent from Jan. 1, 2023 to Dec. 31, 2029 for companies that meet yet-to-be-defined requirements that work to innovate technologies domestically and occupy a critical position in international supply chains.

Liu Pei-chen (劉佩真), a researcher at the Taiwan Industry Economics Database under the Taiwan Institute of Economic Research, said the amendments would incentivize semiconductor manufacturers to continue investing in Taiwan and help to cement Taiwan’s current standing as the world’s second largest semiconductor supplier.

However, Taiwan has a relatively low output of materials and equipment for wafer fabrication, which are mostly imported, and if it wants to have more control over supply chains, it must work to address that weakness, Liu said.

The government could introduce measures that would help to ensure wafer fabrication equipment and materials are manufactured domestically, making the local semiconductor industry more self-sufficient, she said.

In addition, as South Korea, Japan, Europe and the U.S. pick up the pace to bolster their own positions in their respective semiconductor supply chains, it is highly likely they will seek to vigorously poach semiconductor engineers from Taiwan, she said.

The College of Semiconductor Research sponsored by the public and private sectors could also help to serve as an incubator for talent for the semiconductor industry, but to prevent a brain drain, a more comprehensive government policy is needed, she added.

Echoing Liu’s views, Stephen Su (蘇孟宗), senior vice president for the Industrial Technology Research Institute, said the amendments were only the “first step” necessary to prepare Taiwanese chipmakers for the fierce international competition and “geopolitical pressures,” with more still needing to be done.

Policies to strategically nurture semiconductor companies and accompanying measures should be put in place, as these policies are crucial to consolidating Taiwan’s competitive edge in the face of intense international chipmaking competition, he said.

ASE Group, the world’s largest chip packaging and testing company, told CNA it welcomed the introduction of the tax breaks, but the actual effects of the policy will only become clear after the criteria for receiving the tax deductions are announced.

Yageo Corp., the world’s third largest multilayer ceramic capacitor (MLCC) supplier, told CNA it welcomed the policy and would look into the criteria for determining companies’ eligibility for the tax breaks when they are announced.