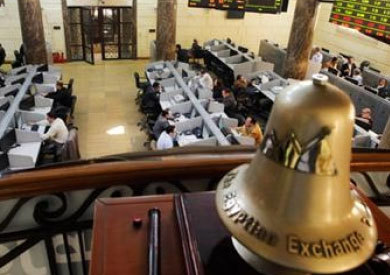 The real estate sector topped the list of the most active sectors listed on the Egyptian Exchange (EGX) during last week’s transactions with a trading value of EGP 1.3bn.

Additionally, the transactions of Arab and foreign investors tended to sell during last week’s trading with a total value of EGP 222m.

Furthermore, the share of Egypt’s Commercial International Bank (CIB) topped the list of restricted shares in terms of trading value after it accounted for 10% of a trading value of EGP 477.6m.

Analysts explained that the main index will be affected by the declines in global markets, especially after the US Federal Reserve (Fed) announced the increase of it interest rates from previous levels by 75 basis points, which encourages most central banks to complete a monetary tightening policy in a longer period of time.

Sameh Gharib — Head of the Senior Clients Department at Arabia Online Securities Trading — suggested that the main stock index will test the 9,600 points level, provided that the stop-loss mechanism will be activated immediately in the event this level is surpassed.

He added that the Fed’s policies to raise its interest rates will be followed by a decline and losses in US stock markets and thus will be reflected in all stock markets around the world.

He explained that the main market index is relatively cohesive due to the CIB’s dividends distribution, and that the SME index tried to breach the resistance levels of 2,220 points but failed to break it, reaching the support level of 2,150 points instead.