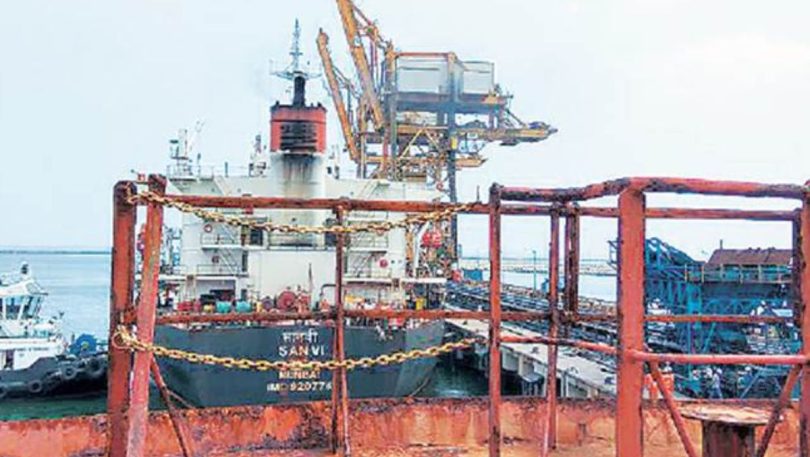 The Minister of Ports, Shipping and Waterways and Ayush on a brief visit to the city visited the Kamarajar Port and held discussions with the stakeholders on the occasion.

“These projects have been executed by the Port at an overall cost of Rs 87.26 crore to facilitate seamless movement of cargo and to provide ease in terminal operations,” a press release said.

The Minister also laid the foundation stone of Seafarers Club to be constructed at a cost of Rs 6.88 crore that would accommodate the stay of seafarers and other stakeholders.

Sonowal on the occasion led the employees and other stakeholders in celebrating the Har Ghar Tiranga programme organised at the Port. He also hoisted the national tricolour in one of the Marine crafts in Port Basin.

Kamarajar Port Chairman Sunil Paliwal apprised the activities of the Port to Sonowal and also the connectivity projects undertaken.

Sonowal visited the cargo handling terminals of the port and he was apprised of various ongoing construction and development activities, the release said.

Considered as one of the youngest ports of the 12 major ports in the country, Kamarajar Port has eight operational terminals for cargo handling with a total capacity of 54.44 million tonnes per annum.

The port handled its highest ever cargo throughput of 38.74 million tonne during the financial year 2021-22 with an increase of 50 per cent over previous year.

In the current financial year 2022-23, the growth of cargo handling of KPL is about 25 per cent over previous year till July, registering the highest growth rate among all major ports, the release added.