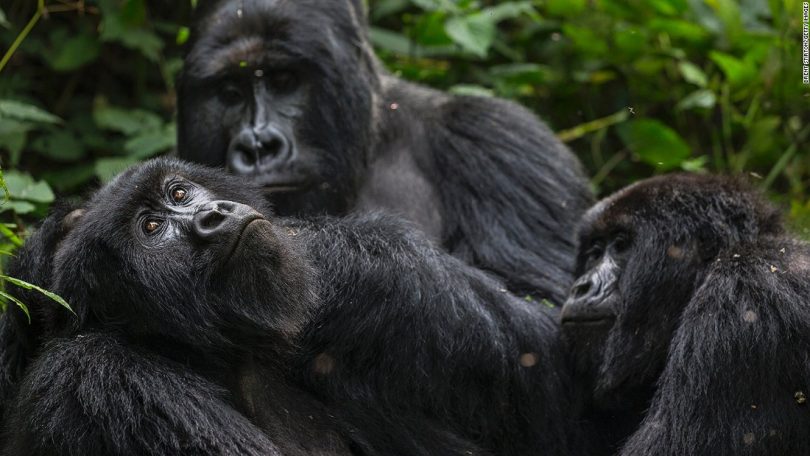 In a statement, the Ministry of Hydrocarbon said 27 oil and 3 gas blocks would be auctioned, an increase from the 16 blocks the country initially committed to in May.

The blocks include areas that reach into Virunga National Park, a sanctuary for endangered mountain gorillas in eastern Congo.

“The president, Felix Tshisekedi, has a vision and he wants to get his population out of poverty,” Budimbu said during a press conference.

T
he DRC has more than 27 million people, including over 3 million children, who do not have enough food to feed themselves — a third of the country’s population — and more than 5 million people who are internally displaced, according to Norwegian Refugee Council.

A petition signed by more than 100,000 people, is calling on President Felix Tshisekedi of the Democratic Republic of Congo to end the development of new oil and gas fields in the country, according to a news release from Greenpeace USA.

“Only six months after signing a $500 million forest protection deal at the COP26, the Congolese government is declaring war against our planet with oil and gas,” said Irene Wabiwa Betoko, International Project Leader for the Congo Basin forest, Greenpeace Africa. “The immediate price will be paid by Congolese communities, who are not aware of the auction, have not been consulted or informed of the risks to their health and livelihoods. Many of them will rise up against it — and we shall stand with them.”

Budimbu pushed back on auction critics stating that non-governmental organizations cannot dictate how a sovereign country is led.

“
The option we took is to give to those from the poorest backgrounds to try and improve their lives through their economy so 100,000 signatures is fine but there are Congolese who need to eat,” Budimbu said.

Virunga National Park sits on the forest-covered volcanoes of central Africa and is home to over half the global population of mountain gorillas.

The Virunga National Park is a UNESCO World Heritage site and is Africa’s most biologically diverse protected area.

It is made up of carbon-rich peatland and primary forest, which when logged, release enormous amounts of carbon-dioxide (CO2) into the atmosphere, contributing to the climate crisis. Deforestation also removes an important “sponge” to soak up CO2 from the atmosphere.

The expansion of oil drilling permits is one of a growing number of examples of a ramping-up of fossil fuel exploration and use amid the global energy crisis.

The auction is set to take place on the 28th and 29th of July.