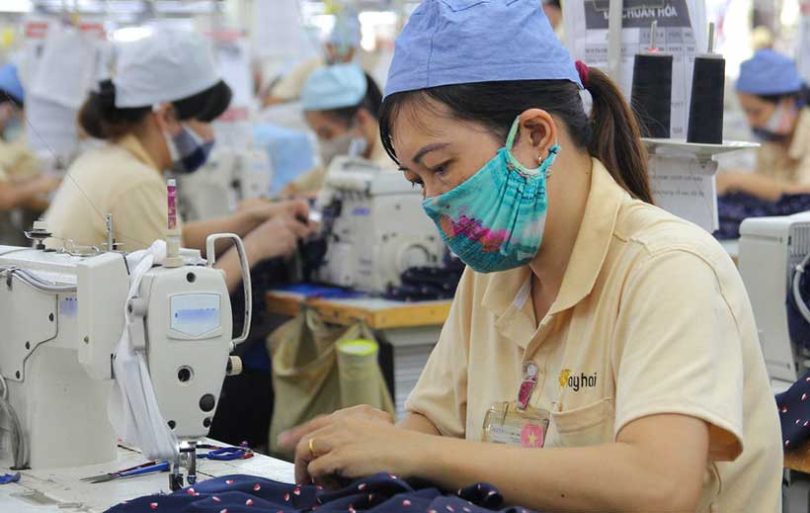 There is only one “Big Economy” within each nation; a unique economic development process harnessed around the assembly of small and medium businesses spread across any given nation. Nevertheless, mastery to lead the “Big Economy” requires big minds; so long, the small-minds only see small business as small; failing to recognize that all big businesses of the world only hatched as small babies in the past. Later, after many diaper changes SME grew into giants. This is normal in the life of a business cycle for any entrepreneurially fertile business minded landscapes.

Let there be light: Nevertheless, as a simple fact, like turning an ‘on’ and ‘off’ light switch; economies without digitization are as if without electricity, without upskilled frontline teams on tasks as if without a bulb. The Mindset Hypotheses openly challenges the visible damages to economic developments across the free world equally as monitor to growth the sooner tested across SME regions the faster the turnaround.

Fake entrepreneurialism: Unfortunately, the lack of mastery of the Big Economy is a big issue. Academia is always uncomfortable with SME, job creator entrepreneurial mindsets, for being too much out of the box rule breaker, while nestled in their own Ivey covered moist edifices feel cozy with their own job-seeker mindsets while claiming expertise on some fake entrepreneurialism of sorts. Issuing papers as wall hanging and passing judgments on entrepreneurial journeys, without once creating a single SME.  Entrepreneurialism is not a degree; it is a state of mind. A quick live debate will prove all this, hence the deep silence.

Is China showing mastery in harnessing its big economy of SME? Observe across the world how much powers acquired by optimizing their SME sectors, upskilling of exporters, reskilling of manufacturers and quadrupling exportability. Now, compare this to the openly visible abuse and abundance of the SME within the free economies of the world, critically damaging levels of skills and leaving national citizenry behind in the races of global age competitiveness now in post pandemic revival left almost in salvage states.

The political syndrome: politics is not creating the economical answer, as an overview, observe the art of the politics; reflected in their national leaderships of their free economies and their election wizardry all now almost gone to the dogs. Observe the chaos, nation by nation. Notice the salvage operations and runaway elections, watch the language, the populist narratives and pre-anarchy landscapes. Political power is about creating economic powers or else.

National mobilization of entrepreneurialism will save nations: The current global level rhetoric at global institutions already mandated to foster economic growth, mostly going in circles and lip servicing, geo-econo-socio-politico issues with visible absence of real concrete workable solutions. Such verbiage, followed by thousands of trade groups and chambers all joining the same chorus lines and echoing the same rhetoric visible on social media by the hours but critically lacking any hard core national mobilization programs. Of course, it takes special mindsets for special challenges, like airlines flown by trained pilots and not by frequent flyers. Acquire mastery on mobilization methodologies… why large number mobilization requirements are a mystery and why not just regular class size do?

The economic crisis fabrication:  The challenge is “economy” and nothing else but economy. Here observe the assembly of casual, randomly picked expertise at play in managing the most complex and difficult puzzles of survival of humankind, the local grassroots prosperity. Notice, the majority of national crises, from economy, jobs, immigrations, crime, and education, housing or health all related to local grassroots prosperity.

What level of high schooling is required to decipher such puzzles? What we have, nation-by-nation, like some paintings- by-the-number to create masterpieces for the history of the economic museum. So what is wrong? Why is the big economy so neglected, why SME sectors are fragmented and buried under bureaucracies, red-tapes and old mentality trade groups and chambers lingering like left over burden declared some abstract  SME with no future, all due to lack of job creator entrepreneurial mindsets. Absence of mastery on economic development now openly visible

Economy is not about numbers rather entrepreneurialism

The number syndrome:  A calculator from a ‘dollar store’ is often sufficient as the Economy of the past is in numbers, but the economy of the future is all about entrepreneurialism. Growth is a by-product of job creator entrepreneurial mindset. Psychologist and HR both are allowed to break-up the furniture infinitum on this, but unless the mindset hypotheses is smashed, job seekers will build the organizations and job creators will create that organization in the first place; the visible damage to our economic development widespread across the free economies of the world as failure. Find answers fast

The error of mind: The term “SME” is a grave error, a misnomer created by job seeker mindset, as there is nothing small about a baby elephant. It will become an elephant in time. It is all about creating a big new company, active within a big economy of million small medium large businesses within a nation. However, such tasks must break away from the current economic development models serving selected interests, brutal toward SME treating them as small and of lesser value, unable to decipher the hidden powers of risky new business models. Mandatory study of 1000 earth-shattering entrepreneurs is necessary to avoid mistakes about the large national SME sectors treated as leftovers and spillovers from the undesired job creator mindsets. Close study and testing will prove the lingering harsh realities.

The big loss of a nation: The biggest loss to any nation is the wasteland of the ‘job creator entrepreneurial mindsets’ abandoned across the nation as lingering SME as undecipherable journeys of businesses for the formally attired degree holders as tall towers occupants of the job seekers mindsets. Lack of knowledge on properly structured Digitization, Mobilization, Exportization and global age immersion of new trades of micro exports, micro manufacturing and global competitiveness. Provided such progress led by entrepreneurial mindsets.

Throw away Teleprompters: as lip service on SME all but dried out, the only fact remains, that the SME economy by far the “Big Economy” in search of big minds, ignorance on small business fertility is a harsh lesson of today. Today, the art and science now hidden in balancing both, the job seeker and job creator mindsets to mobilize entrepreneurialism and create economic growth. Seek out authoritative dialogues and create bold open debates

The unpredictability of elections: Tragically, the cryptopia mentality stripped naked the unskilled citizenry of most free economies. Rather than creating internal Skill-Wars to create upskilling and reskilling, the leadership chose to declare Forever-Fake-Wars so their nations learn slowly to dig their own graves as metaverse therapy. Now in need of diaper change the next rounds of elections will sort out the ongoing damages. Prepare for mega change

Check the profiles on LinkedIn: Today, openly visible, across the world, on LinkedIn profiles, the Job seeker mindsets now freely running the economic development progress of the free economies of the world. What is most damaging is the absence of a job creator entrepreneurial mindset creating input and global age narratives on national mobilization of entrepreneurialism.

Absence of such mastery is visibly sinking the experimental economic development in a big way. A quick test will prove such imbalances but this requires entrepreneurial leadership to tackle such timely challenges, otherwise all failed to collect dust as some long undecipherable academic study. For authoritative analysis and special workshops on acquiring mastery on such topics, study more on Google.

Big minds urgently required; Big minds needed to deal with big economies, based on global collaboration, diversity and tolerance, as rest is crypto-tyrannies. Creating real value economic power is the ultimate leadership goal to lead a sovereign nation, as the rest is fakery. Without a big economy, get ready for the big bust; Study the origin and history of business, the art of value creation to allow differentiation to eliminate the value manipulation. The rest is easy.