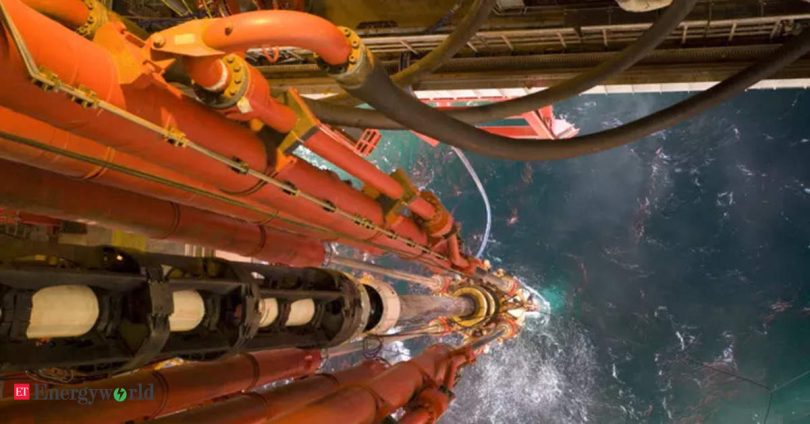 New Delhi: Natural resources, their security and access underpin global economic growth. This is especially relevant for India – the world’s third-largest energy consumer whose energy demand is estimated to grow by 3% per annum till 2040, compared to the global rate of 1%. Now, with ambitious goals in becoming a USD 5 trillion economy, the role of the energy sector in navigating the country’s growth story will be immense. Hydrocarbons, here, will play a driving role given their immense role in our transition economy and inextricable link to a range of downstream industries. The critical role of hydrocarbons has been further highlighted in this year when consumers have been forced to shell over Rs 100 for a litre of petrol and diesel for long, tenuous periods. Now, given the undeniable reality of global crude price volatility and its direct impact on our economy, reducing dependence on foreign markets and ramping up domestic capacity is the need of the hour.

Oil is not well

Oil prices have been on the rise globally. Further, production cuts to amp prices have become a tool by major exporting nations to emphasise their influence. Though India has been demanding ‘responsible pricing’ by oil producing nations; nonetheless, our energy security remains vulnerable to geopolitical developments beyond our control. No globalized economy can ever be fully insulated against external shocks, however, the impact of such shocks can be contained if dependency on imports for critical resources, like oil, is reduced.

Hydrocarbon imports have far-reaching economic consequences. For every barrel of oil produced in India, the government earns up to 70% revenue through various levies and corporate and state-level taxes. On the other hand, imported oil has zero contribution to government revenue, and instead, negatively impacts outflow of foreign exchange. The aggressive purchase of foreign currency for crude oil import is also one of the key reasons driving steady devaluation of the Indian Rupee.

A recent report by UNCTAD cites that rising import bills for fossil energy is deepening India’s trade deficit and eroding the import coverage capacity of our foreign exchange reserves. While short-term measures to relieve consumers and to abate concerns of inflation may be met through reduction in taxation on retail fuel; in the medium-to-long term, efforts need to be made to mitigate ‘imported inflation’ and encourage domestic exploration and production through concerted efforts to create a more enabling investment climate.

The Government of India is working on a multi-pronged strategy to reduce dependence on fossil fuel usage, including promoting energy-efficiency and conservation, encouraging biofuels and alternative energy, propagating measures for demand substitution, etc. While developing alternate sources of energy is critical, the share of oil in India’s energy mix stands at 28% and is estimated to remain around this level for the next two decades. Thus, as we see, India’s energy security is critically hinged on oil for the foreseeable future as alternate energy solutions will take several years to become mainstream. Crude oil is particularly important in view of its crucial role in industries and transportation. Duly, underinvesting in crude oil exploration and production could create recurrent energy crises and result in adverse economic consequences.

India’s prognosticated conventional hydrocarbon resource potential is estimated at around 42 BToe (unrisked) of which nearly 28% (12 BToe) is converted to in-place volume through discoveries. The remaining potential falls in the yet-to-find category which requires aggressive but focussed exploration efforts. Converting even a fraction of the undiscovered hydrocarbon resource into discovered in-place volume can reduce import dependency, substantially. This requires pointed investments, and the government can be an enabler here by ensuring a conducive business climate that encourages risk and innovation.

Globally, several examples can be found for countries which have traditionally been oil importers such as U.S., Canada, China & Thailand; or countries which witnessed declining domestic production such as Norway and the U.K. Here, supportive policies, incentives and reduced levels of regulatory oversight have scripted a turnaround with the best possible balance between the companies’ and the government interests. Ultimately, the key to import independence will rest between a fine balance of government policy and private initiative.

Exploration in unconventional hydrocarbons like shale oil & gas carry the potential to open-up an entirely new frontier of hydrocarbon resources for India. We can learn from the US whose declining oil production since 1970 more than doubled during the period from 2008 to 2022, largely due to its focus on unconventional hydrocarbons. U.S. has regained the position it lost in the 1970s as the world’s largest oil producer.

The Indian government has taken some positive steps towards unlocking shale potential in India in the last few years. However, production from shale entails a much higher cost and risk – especially demanding an enabling policy framework for commercial viability. Now, to attract prospective international investors, existing equipped operators should be actively encouraged to explore for shale potential.

Securing energy for all

One can contend that energy security is an important element of national security. As we can see in the current geopolitical environment, any disruption in global oil supplies can cast an adverse impact on a country’s economy – more so in developing nations like India that rely heavily on imported oil to accelerate economic goals.

As we aim to become aatmanirbhar in our capacities and achieve energy security, it is important to recognize the adverse impact of declining domestic production and, simultaneously, increasing hydrocarbon imports. This has a bearing not just on the macroeconomic parameters, but also in terms of the eventual trickle-down impact percolating to the common man.

To attain the goal of energy self-sufficiency, we need to adopt the three-fold strategy of maximising production from existing mature fields, bringing more acreages under production through extensive exploration efforts, and tapping into the potential of unconventional hydrocarbons. This will ensure our energy security and be instrumental in the successful implementation of our Honourable Prime Minister’s vision of an aatmanirbhar Bharat.