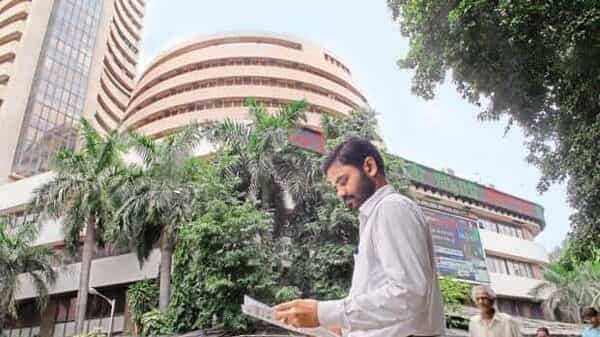 NEW DELHI/MUMBAI : Stock markets fell on Wednesday after the Reserve Bank of India’s monetary policy meeting, as investors digested the hawkish tone of the central bank and its decision to keep the policy stance unchanged.

The monetary policy committee (MPC) also trimmed its FY23 GDP growth to 6.8% from the earlier 7%. The Sensex and Nifty fell by 0.34% and 0.44% respectively, even though the repo rate hike of 35 basis points itself was on expected lines. According to analysts, the market may be range-bound in the days ahead as investors look for cues from the US Federal Reserve meeting next week.

Srikanth Subramanian, CEO, Kotak Cherry said, “We expect markets to be range-bound on the back of inflation and the FOMC decision expected next week. It will be better for investors not to take concentrated bets in the markets and tread cautiously as the full scenario (domestic as well as global) is yet to play out”.

The market is likely to remain in a consolidation zone given the bigger event of the US Fed policy meet next week, said Siddhartha Khemka, head of retail research, Motilal Oswal Financial Services Ltd. “Post the strong services PMI data and the jobs data, investors are worried that the Fed might continue with its aggression for some more time,” he said.

Bond yields have also edged higher since there is no indication that the rate hike cycle will end anytime soon.

“Reaction to the absence of change in stance is seen in bond yields. Ten-year G-Sec yields moved up 7bps to 7.30%. We expect that terminal policy rate would be 6.5%, with the last 25 bps rate hike likely delivered in the February policy depending on the direction of commodity prices and outcome of the Union budget,” said Dhiraj Relli, MD & CEO, HDFC Securities Ltd. Most analysts expect government bonds to trade range-bound with more rate hikes expected, and prevailing caution on US Fed hikes.

The rupee has weakened significantly over the past few sessions and could fall further, experts said. Tanvee Gupta Jain, an economist at UBS India said, “Considering the external shock has lasted longer than expected, there has been significant drawdown of FX reserves buffer created by the RBI during the pandemic (down $92 billion from the peak of $642 billion in October 2021). We expect the RBI to allow for orderly and gradual depreciation of the currency (rupee to trade in the 82-85 range in the rest of FY23)”.

Foreign portfolio investors turned sellers in the past few sessions, selling a net ₹12,41.87 crore worth of shares on Wednesday.

The positive for the Indian economy, though, remains the falling crude price, with Brent slipping below $80 a barrel. Nevertheless, the same is also led by global growth headwinds, which is not good news at a time when Indian markets are trading at premium valuations.

“I will not be fully invested and I think the upside is limited,” said Siddarth Bhamre, research head at Religare Broking. “We have outperformed other markets in the past five to six months, and now, we will move in line with them. Despite China easing on its zero-covid policy, crude has fallen and this reflects global growth slowdown concerns.”

Forward premium, which is computed by yields of similar tenors, fell to 1.75%, and could widen to 1.9% if the Fed raises rate by 50 bps as expected. This could make carry trade more attractive and result in FPI inflows in the short term, said Anindya Banerjee, vice-president, currency, at Kotak Securities.

This could strengthen the rupee; however, all bets would be off in the event of a nasty surprise by the US Fed, he added.